Seems I like writing about misfits whose destiny forges them into living legends.

First came Thorn Kingshield in the Falcons Saga--the easily embarrassed, always-late, scatterbrained scholar who ends up becoming quite the earth-shaker and storm-maker. Literally.

Now comes Sanjen Laurelius, a lute-player with a past, who possesses the singular talent of being able to manipulate his environment through the magic inherent in music. In his first (written) adventure, A Nocturne in Red, Sanjen is hired to save the City of Mages from a rampaging harpy. And in his second?


As soon as Nocturne was published by The Society of Misfit Stories in August, I started writing Sanjen's next adventure. He has no idea that participating in a bardic competition will lead to a complete shift in his destiny, and in the destiny of an empire.

Encompassing a far larger scope than Nocturne, the new tale (title undecided) currently clocks in at just over 60,000 words. So now the decision is whether to shorten it to make it more comfortably fit the word count of a novella, or to expand it and turn it into a full-length novel. Or to just say screw it, and let the story be the length it naturally is.

Anyway, legends... I have big plans for Sanjen. He no longer gets to remain the obscure tavern performer. His stage is about to expand exponentially.

Good thing characters can't read the minds of their creators. They'd run screaming in terror, right over the edge of the page.

"A Nocturne in Red" Published!

"Can a bard with a secret addiction and even more secret identity overcome his own problems long enough to save a cursed woman who has been transformed into a bloodthirsty monster?"


The Society of Misfit Stories has published my novella, "A Nocturne in Red." I was so confident that someone would snatch this one up. The story is just too much fun.

Apparently the publisher listed it at Books2Read, which links all the venues where the novella can be found: iBooks, Barnes & Noble, Kobo, Scribd, Smashwords, and Angus & Robertson. Most of the venues are selling it for 99 cents. At this time the story is available only digitally, though I hope it will be included in the Society's anthology/collection. If it is, I'm so buying the hardcover copy.

There's so much I can do with this character. This week I'm outlining and brainstorming a new story (of undetermined length) that will focus less on Sanjen's turbulent past and more on his precarious present. I know (mostly) how it begins. I know (a little) how it ends. Now just to figure out the middle bits and start recording what Sanjen has to say. To what lengths will he go to keep his empress safe and his own skin intact?

(I haven't posted much this year. Plans for a lifestyle change took all my passion and focus. Then heartbreak sent me reeling, so blogging became a last priority. That's my excuse anyway.) 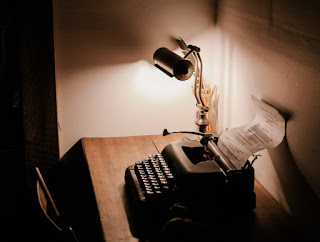 As I may have alluded to in an earlier post, I hadn't even completed the first draft of Blackbird before I realized the ending, as I had first envisioned it, wouldn't work. After a bit of agonizing and brainstorming, a potential correction presented itself:  an entirely new character.

Now, here I am, revising that very rough draft and inserting the "correction" in among the old content. But, my brain worries, is it actually a correction? Will this "fix," in fact, break the story worse? Provide unnecessary complication? Swell the word count needlessly?

All an unknown. Writing, I have discovered, is an act of faith. It's embarking upon a voyage with a map drawn in crayon and no sight of a shore before the prow. The new oar I have devised to employ may crack midway through the trip and leave the story stranded for a while. Or it may see the tale safely across the uncertain waters.

When you write, how do you feel about taking risk?

What ending, book or film, do you wish had been done differently? Why? 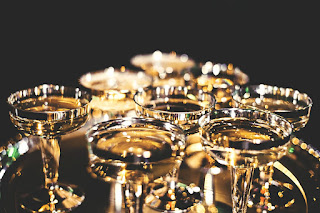 Posted by Court Ellyn at 6:58 PM No comments: