So I've complained all year that there seems to be less and less time to write. But this week, if all goes well, will be the first week in months that I will actually have 4 days out of 7 that I can devote to writing. Amazing! Since when did I go and get myself a social life? I mean, really!

Today, however, it isn't my social life that has me distracted from writing. It's a little guy named Leonidas who doesn't have nearly as many muscles as this Leonidas: 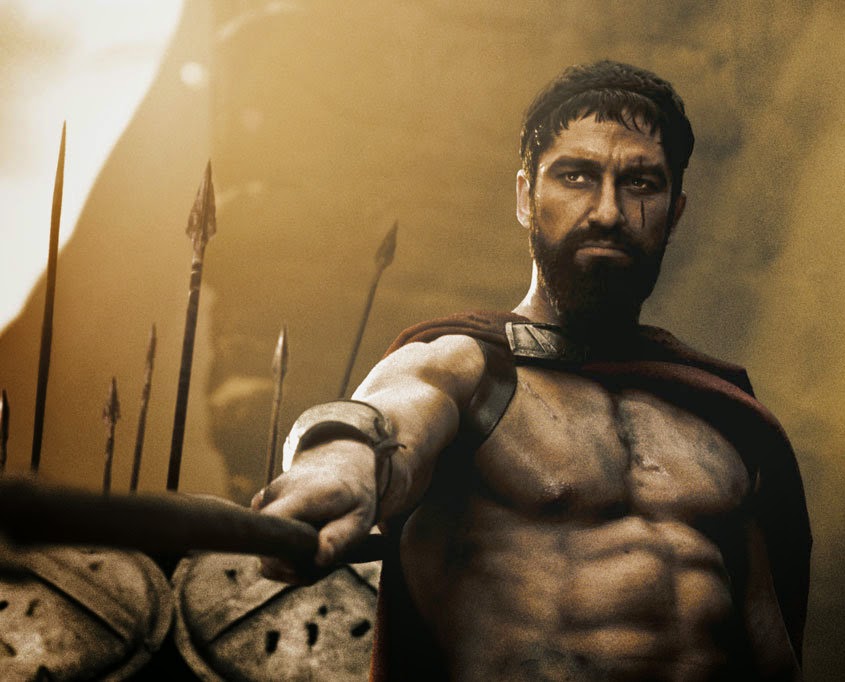 My Leonidas showed up in the neighborhood a couple weeks ago, nearly dead from starvation and dehydration, not because he'd been attacked by Persians -- or Persian cats, for that matter. And who's the biggest sucker in the neighborhood? Yep, me. Just as we were getting him fattened up again, he developed a terrible infection and I was sure he would have to be put down. But the vets were determined to save him, and save him they did. Now, Leonidas is running wild all over my house, and my other cats still aren't sure what to make of him.

This is Leonidas telling me that the old draft of Fury of the Falcon really stinks. But, he says, the paper tastes great. 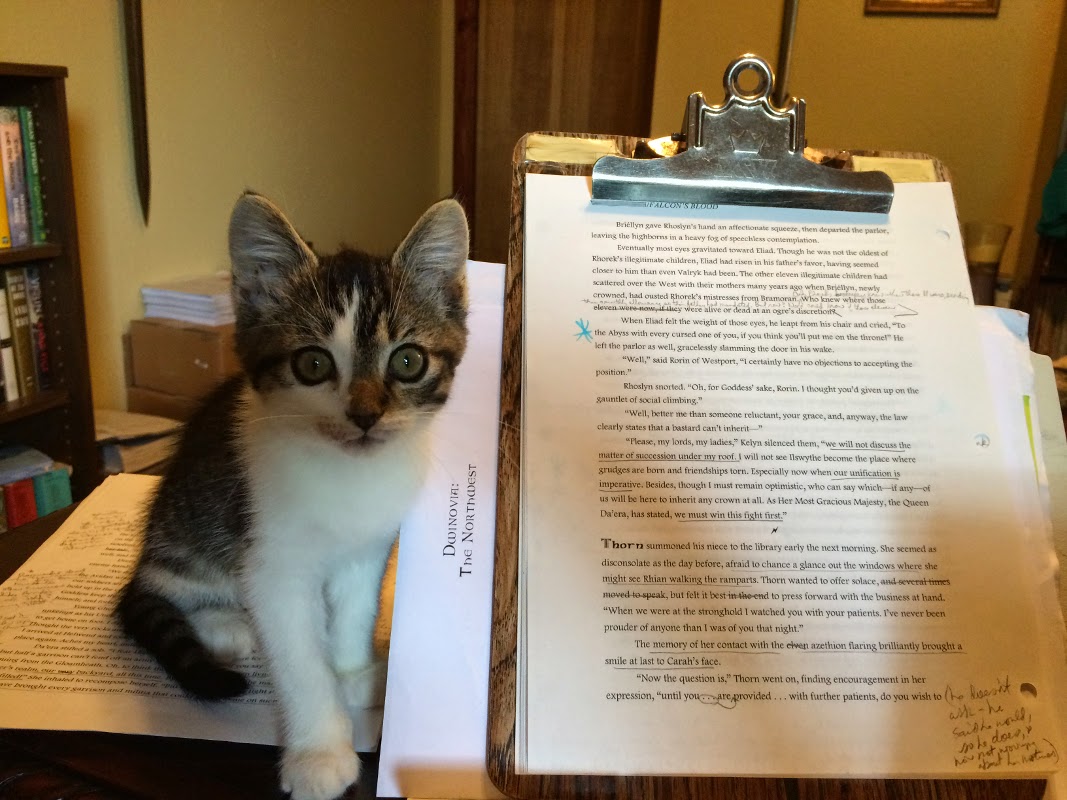 This is Leonidas being caught in the act of trying to tell this story his way. 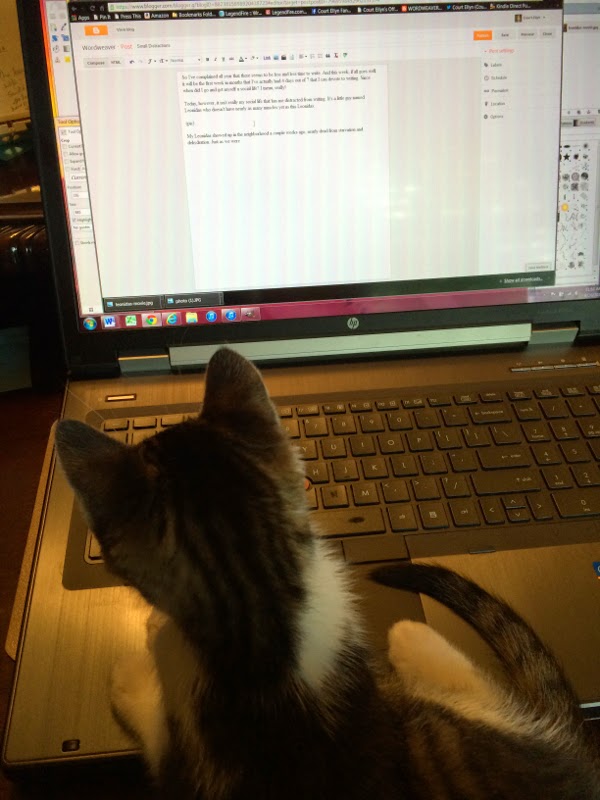 He wanted me to post that he was fighting off a thousand Persian cats in the alleyway and is the lone survivor who must tell the tale. And he says the white stripe over his right eye is really hiding the scar he earned from battling the ferocious wolf-chihuahua of Suburbia Pass. ... Why am I not sure I believe him?

So I blame my being distracted from writing this morning on Leo's escapades and using me for a jungle gym. And since it's been a while since I've updated my blog, I thought it appropriate to gave a hint about why I've been, well, distracted.

As soon as he falls asleep, I will sneak in a few paragraphs of a new chapter.

(Side note: the page of text in that middle picture is crap. Don't read it, at all cost. Your eyeballs might melt. Not one word is being kept and used in the new draft.)

(Side side note: I am not a kitty rescue service. Please don't send me any more cats. I have all I can handle.)