How Many Novels Are In A Laptop? 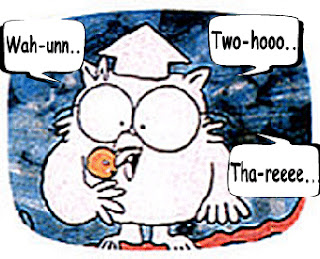 And how many tears are shed when a novelist's laptop breathes its last?

Guild Night with my gaming friends. Voice chatting on Discord. Laughing, conversing, having a great 'ol time. Then WHAM! The whir of hard drive dies. Monitor goes black. Chat cut off. Instantaneous death. I looked to the overhead lights. They are still on. Then I remember I have battery backup for my computer. This should not have happened.

It's over. We had been trying to hold this laptop together with figurative duct tape for the past year. Nausea wells as I realize it's time to dish out my savings and buy a new system. I'm still cringing over the size of that check.

So yesterday my husband drove to the store to pick up the laptop we chose. I felt like he was bringing home a new baby from the orphanage. I want to love it. But I'm suspicious. Will it work as wonderfully as the old one did in the good days?

In truth, I should compare it to meeting a new coworker. A coworker I will be sharing my office with. Which means nearly every waking moment for the next x number of years. Will this machine be an able writing partner?

At dinner last night, I got to calculating. I purchased my old system with the royalties earned from the first two books of the Falcons Saga. I wrote Books 3 and 4 on that laptop, and well, half of Book 5. That took about 4 years (of heavy writing and heavy gaming) before the old dear was worn out.

So, this made me wonder how many novels are lurking in this new laptop? Two? Three? Four? That's the fun side.

The scary side is that those unwritten novels have to sell enough for me to buy yet a new system when this one croaks. A vicious cycle. So I feel like, now, I'm writing to keep a laptop on the table. Gross.

Anyway, I'm curious. How many stories, novels, and poems has your current system helped you write? Are you attached to your system in an emotional way, like I am?

Immersing in story, basking in words... What story are you lost in? 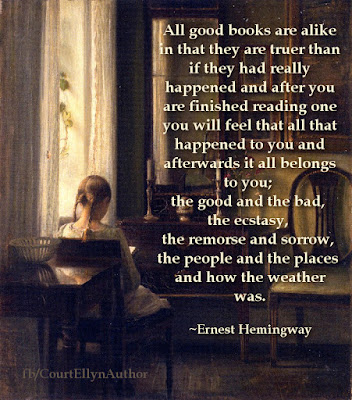 Posted by Court Ellyn at 3:25 PM No comments: 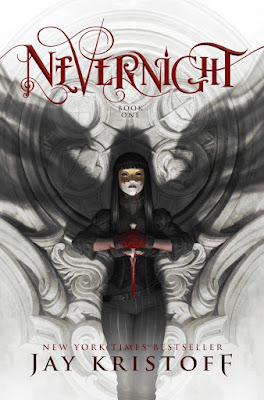 In a land where three suns almost never set, a fledgling killer joins a school of assassins, seeking vengeance against the powers who destroyed her family.

Daughter of an executed traitor, Mia Corvere is barely able to escape her father’s failed rebellion with her life. Alone and friendless, she hides in a city built from the bones of a dead god, hunted by the Senate and her father’s former comrades. But her gift for speaking with the shadows leads her to the door of a retired killer, and a future she never imagined.

Now, a sixteen year old Mia is apprenticed to the deadliest flock of assassins in the entire Republic ― the Red Church. Treachery and trials await her with the Church’s halls, and to fail is to die. But if she survives to initiation, Mia will be inducted among the chosen of the Lady of Blessed Murder, and one step closer to the only thing she desires.

I utterly adored Jay Kristoff's Nevernight. Could not put it down. It usually takes me a couple months to complete a novel, but I read the last half of Nevernight while on a vacay last week. It didn't even occur to me that there was a television in the room and that I could watch it. That's how captivated I was by Mia and Tric and the rest of this bloody crew.

Some books are a challenge because I can tell the author thinks in a way that I can barely relate to. This book, the characters, the action, the balance between brutality and sentimentality, the humor, the grit -- I just got. It all resonated with my personality, my likes and dislikes in fiction. Will Nevernight resonate with you?

Whether or not Kristoff is/was a gamer or is merely familiar with today's most popular video games (or neither of these), I did pick up on similarities with Skyrim and some other potential influences. Rather than detract from the enjoyment of the tale, I think fans of those games will be thrilled, mainly because they will easily relate to the world and its factions and characters.

Influences also draw heavily from Ancient Rome and Renaissance Venice. As a history buff, this is where I was slightly turned off. Not because, as a history buff, these cultures and time periods are distasteful to me, but because the similarities were so strong that the fantasy element at times grew thin, such as the city of gondolas that celebrates with masquerade balls; Senates and a Republic that are about to suffer a dictatorship under a Caesar-like ruler.

However, it's likely due to my own personal taste that fantasy worlds are somewhat less transparent in the expression of the influences behind their creation.

But make no mistake, these influences do not detract from the tale. Nevernight is a rip-roaring ride, from page 1 to the final paragraph. The momentum is non-stop, like a dagger in flight.

Footnotes! I had never read a novel that featured footnotes. Again, being a history buff who loves the tidbits found at the bottoms of pages, I was instantly charmed when I discovered footnotes lurking like little shadows below the main text.

Don't cheat yourself and skip over these footnotes. I do believe the clues to Nevernight's ending lie in these little asides. At least, I'm pretty sure I've puzzled it out. See if you can.

Best of all, the personality of the narrator telling Mia's story shines in the footnotes, providing glimpses of a sarcastic, jaded sense of humor until the reader must ask, "Who IS this masked narrator?" If you think you've guessed, chances are you're wrong. At least I was. I think. Maybe. There's still room for a twist that will make me right. If I am indeed wrong, then my second choice for the narrator is ... no spoilers.

Of course, it's how an author uses words themselves that make me fall in love, every time. And much of Nevernight is delightful poetry, alongside the swashbuckling pace. So I will be looking for other works by Kristoff while I desperately await the next installment in the Nevernight series.

I won't soon be forgetting Mia and the rest, so I'm giving Nevernight five magic wands.

Posted by Court Ellyn at 3:03 PM No comments: