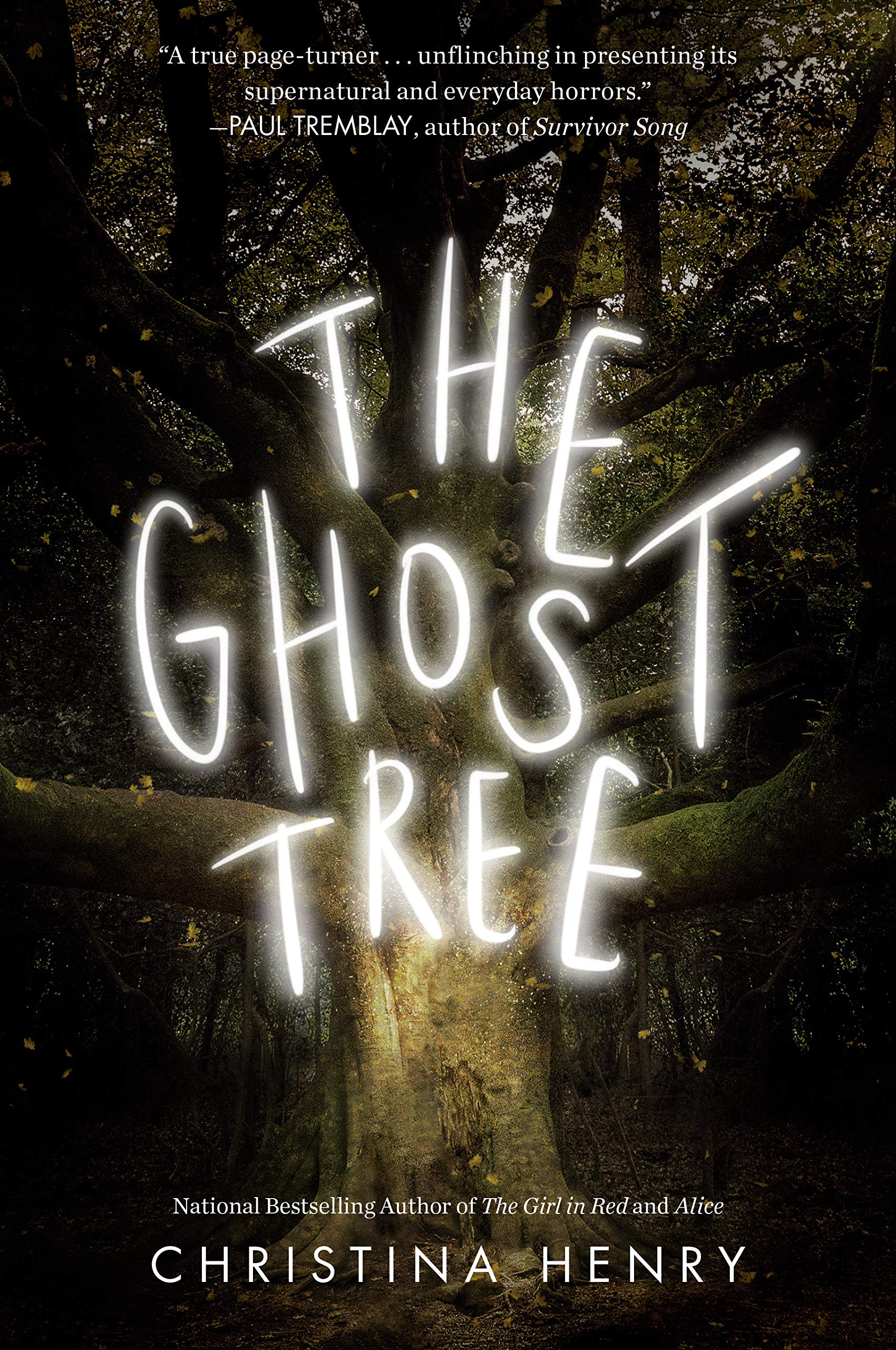 When the bodies of two girls are found torn apart in the town of Smiths Hollow, Lauren is surprised, but she also expects that the police won't find the killer. After all, the year before her father's body was found with his heart missing, and since then everyone has moved on. Even her best friend, Miranda, has become more interested in boys than in spending time at the old ghost tree, the way they used to when they were kids.

So when Lauren has a vision of a monster dragging the remains of the girls through the woods, she knows she can't just do nothing. Not like the rest of her town. But as she draws closer to answers, she realizes that the foundation of her seemingly normal town might be rotten at the center. And that if nobody else stands for the missing, she will.

Witches are real, as Lauren soon learns. And so are curses. Little does she know that her favorite tree is called the Ghost Tree for good reason.

Up front: the first half of the novel is a delectable horror story; the second half is YA paranormal mystery/thriller.

The Ghost Tree starts out chilling, disturbing, nauseating. It ends as a captivating, dark adventure. The novel is a fast read. That’s saying something. I’m a slow reader. I can dwell inside a novel for a month or two before I manage to finish it. This book took me about a week and a half. Speed readers could have it read in a day or two. This is because it’s an easy book, neither deep nor complicated.

Fast pacing and clear, to-the-point writing keep you rolling along. As does the story itself. The story grabs hold and doesn’t let go. That sounds trite, but it’s true. In fact, I began to feel rather addicted. Though I had lots of responsibilities to see to, I kept sneaking into my cushy reading chair to devour another chapter or two.

I loved our main character from the beginning. Lauren is adorable. Not in a “cute adorable” way, but in the “I adore you because I have so been there” way. Her innocence, awkwardness, and strength pulled at my heartstrings, and suddenly I remembered what it was like to be 14, which earned her my enduring pity.

As much as I enjoyed the novel, there were several things that drove me nuts.

To-the-point writing. Wait, how is this a pro and a con, and why would to-the-point writing be a con anyway? This boils down to personal taste, but it affected me so hugely that I can’t not mention it. The narration was written in such a to-the-point way that it lacked poetry, artistry, complexity. Not once did I run across a line that caused me to stop dead in my tracks and gasp in glorious ecstasy, which is one of the reasons I read in the first place. Gorgeous word-craft, no matter the genre.

For all that, the writing voice seemed extremely appropriate for the main character (a 14-year-old girl) and readers of the same age. Except for the level of gore in the early chapters and once near the end, and the amount of promiscuous sexual activity by a 15-yr-old (none of which is shown or discussed in any level of detail), I would easily chalk this novel up as a YA.

I kept running across one of my pet peeves as well: felt/feel/feeling. When a writer studies writing, one of the tips we encounter is, “Don’t tell the reader how a character feels. Show them.” The word “feel” is used so often throughout the book that the word began to flash like neon. I started circling each use of the word. There are a couple sections where every other sentence has the word “feel” in it. See where I’m going with this?

I could be wrong, but I would say that this novel was written extremely quickly and handed over to an editor who knew the author’s work would sell because of past success.

Nor did the twist work for me. Almost as soon as “He” is mentioned, I figured out who “He” was. “He” is clearly our perpetrator. So obvious was the answer to this mystery that I began to wonder if Henry meant it to be a mystery at all. When “His” identity is revealed during the endgame, it wasn’t a twist in the slightest. Was this intentional? *shrug* I can’t say.

Lastly, I can’t say I was satisfied with the resolution either. I expected the last few pages to deal with the fallout of this tragic curse, [spoiler] for the town to outwardly, loudly mourn the deaths of their daughters and hell to rain down on a few heads. But the only result we see is the delusion lifting and being replaced by a kind of brain-fog or shock. All in all, I’d say the ending was rushed, the consequences whitewashed in order to bring the novel to a sudden conclusion.

Timely themes top the list. Among them: racism, police brutality, difficult teenage relationships. Henry handles these topics in a sensitive, believable manner. Their place in the story will resonate with contemporary readers.

I haven’t read a great deal of horror, but the horror novels I have read usually leaving me feeling dissatisfied. I am waiting for that horror novel that has me scared and/or disturbed from cover to cover.

The Exorcist has been the only one, to date, that has managed to accomplish this and provide glowing satisfaction by the time I read the last page. Granted, that’s a big shadow to follow. Is it fair to hold that classic up as the standard? Why not.

That said, I have invested in another of Henry’s novels. I shall embark upon Alice soon. I have been hoping and waiting for just such a take on Alice’s Adventures in Wonderland. Crossing fingers it’s everything I’ve hope it is.

In the meantime, I give The Ghost Tree 3 out of 5 magic wands:

Find The Ghost Tree at your local library or these retailers:
Amazon
Barnes & Noble
OTHER COVERS 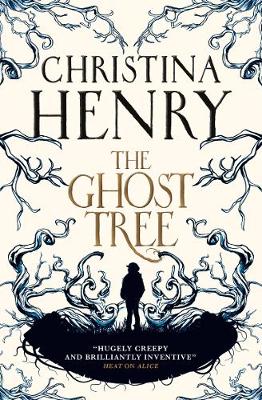