Project: Fury of the Falcon

That moment when you realize you should have written down the amazing, natural-sounding, perfectly-flowing dialog you thought of weeks ago. Because now you have arrived at that very scene, fingers poised over the keys, and you have no idea what to write.

I know better than that! I know to scramble for the nearest scrap of paper and sketch out at least some of the dialog that surfaced in that brief moment of clarity and genius.

Now it will likely take me the rest of the week to piece together something that sounds crappy and stilted in the end. Ugh. Writers, commiserate! Readers, I really need some comfort food. 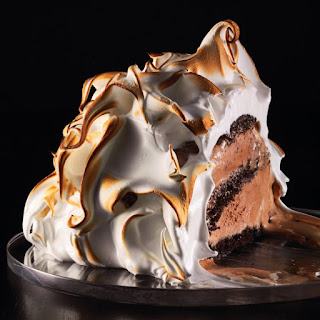 Posted by Court Ellyn at 5:07 PM No comments:


Character expansion = extricating a neglected, flat, blurry character from the obscure corner where they are lurking and bringing them into the spotlight, giving them new roles, bigger page-time, deeper significance.

The alternative is murdering them, according to William Faulkner (and other writers who know what they're doing). 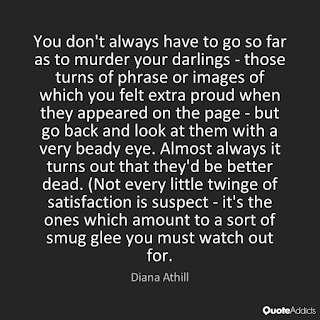 So I decided to save a darling from gruesome, bloody deletion and overhaul him instead:

Those who have read Sons of the Falcon know who Kethlyn and Carah are. Turns out that their father had a fling in his youth (alluded to in Book 1) which resulted in these siblings having an older brother whom they didn't know about. In the ancient, deplorable original draft of the story, this older brother serves little purpose. He comes along in time to cause some scandal and heartache, then manages to save the life of the younger brother who despises him, then he happily fades back into his old life.

Well, many, many years ago, my mother said, "I thought he would play a bigger part." I could tell she was disappointed. So, at last, I have heeded her advice and expanded the role of this illegitimate brother. I didn't expect to have so much fun with the process. There has been brawling and verbal battling so far. Lots of fun tension. And it turns out this older brother (who has no filter, no understanding of the term "politically correct" when speaking to a noble) is now key in helping Kethlyn get over himself and face up to his treachery in a more honorable, mature fashion. This illegitimate brother will now actually have a motive for saving his younger brother's life, which can only be a good thing.

However! I haven't yet decided if this illegitimate brother is on the list of characters to knock off. (He just overheard me say that and is giving me a startled sort of look. I smirk back. The scissors hover, and the thread is thin.) I guess I'll be as surprised as he is, when the time comes.

Point is, readers are generally right when they voice their expectations and disappointments. Good to heed them.

* * * Would love to hear about the characters or plots that have disappointed you, and how you would rewrite them, if you could.