It's very encouraging when one's 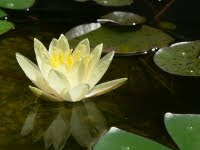 small success inspires others to take a step in the same direction. Once I posted on LegendFire that "A Mournful Rustling" had been accepted by Dead Robots' Society, another of our members hopped on board and readied a story to submit to them. Another mentioned doing the same. I hope she does. I hope submissions stay open so they both have time to revise and send their work in. It's my greatest joy to know that all the time and learning and painful decisions (and often biting my tongue) that go into administrating and moderating a writing community may help some folks achieve their dreams.

Renovations: inching forward. Experimentation with chemicals plus sandblasting, we hope, will finally remove white paint from natural stone. At least, we think it's paint. It may actually be some alien substance engineered to drive earthlings mad. It's war now. There's no turning back. We shall conquer!

Reading: On Guard by William Craig. Apologetics. Defending one's faith with reason. Yikes. Apparently it can be done. Chapter three was a wicked piece of brain work. Cosmological defense of the existence of God. Or an introduction to it. Some of the points I can grasp; others, not even close. The last pages require knowledge of subatomic particles, believe it or not. Well, I thought, if that is what's required for me to defend my faith, I'm doomed. On the other hand, the average Joe on the street who asks me, "How can you believe in an all-knowing, all-powerful invisible God who lets all these terrible things happen to us?" probably won't know the ins and outs of subatomic particles either to be able to argue that aspect with me. So I gave up trying to understand what the heck chapter three was about. I hope chapter four is more on my level. I doubt it, but we'll see.

Also reading some free material from Smashwords that I've downloaded onto the Kindle. Some of it is really worth reading. Some of it ... well, I really wish the authors had submitted the material to LegendFire for crits. They went to all the trouble of formatting manuscripts for publication, even perfected SPaG, but, well, the story I'm reading right now started out too late, with a hook like five pages in, instead of five sentences in, and I'm not sure I'll finish it or not. Shame that.

Novel project: Typing in the revisions made to another fat section of paper. I'm making the story stronger, I'm sure of it now. But all the small changes are adding up to make big ones farther down the road. Snowballs and avalanches!

It is a shame when a story doesn't start until a long way in. That's definitely what critiques are for!

Maybe that 3rd chapter was written for Stephen Hawking? Apologetics fascinates me, but I rarely use it in everyday interactions.

Heh, yeah, the arguments are presented in a formal way, as might be heard in official, regulated debates. I've heard watching him debate atheists on YouTube is rather fascinating.

Congrats on your story's acceptance! That's enough to make anyone feel like a little random happiness. Kudos to you for sharing it in such way that you've inspired others. Writing is all about giving back, one way or the other, and it's always encouraging to find someone who does it actively.

The stone, is it in a place where you could use a pressure washer? I used to strip paint off of brick buildings from time to time (I'm a house painter, lo and behold), and that always worked well.

@ B.T. - The wall is actually inside the house, a large setting for the fireplace. So I'm betting water is out. Or is it? I really have no idea. I'm letting the guys figure this one out, though they don't seem as frantic about it as I do. Go figure. :)