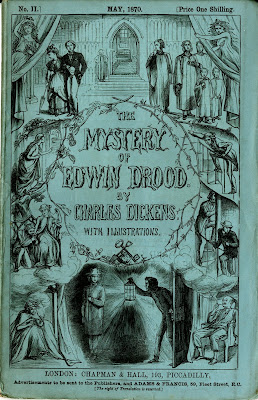 Title: The Mystery of Edwin Drood
Author: Charles Dickens
Genre: Classic Lit
What do you think of it?
It's interesting to read the last thing Dickens was writing when he died. I can definitely tell it's not as polished as Great Expectations. Apparently it will end on a big cliffhanger because it's actually unfinished. So readers get to see something of his creative process, and I keep wondering what he would have changed if he had lived a while longer.
I'm only 15% into the ebook, and I haven't figured out what the 'mystery' is or will be. Edwin Drood, a 20-ish year old, has made a brief appearance while Dickens introduces the growing cast of characters. I'm starting to get a clue that his beloved uncle is planning something underhanded toward him. Like murder? (I refuse to research it and find out. I despise spoilers.)
Recommend it?
Not really. Maybe I'll change my mind on that score later? It's rough reading given the antiquated slang and long convoluted sentences. And, as I mentioned, the lack of polish. Dickens' prose is usually very graceful, but this work had not yet reached that finished quality. I decided to read this novel in a hurry (bought a cheap copy and the .99 cent ebook versions) so I could read the modern novel Drood by Dan Simmons.
Supposedly "Drood" was the last word Dickens spoke on his deathbed. I imagine this was because the dedicated author in him was distraught that he must finish writing the novel and never would. But apparently Simmons turns this haunting word into an epic supernatural thing (or something), which sounds fun to read. Can't wait to find out. 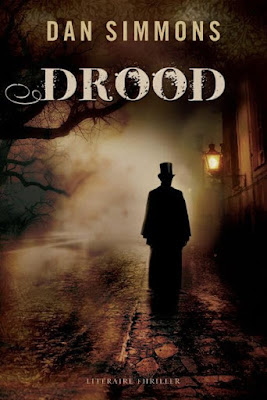