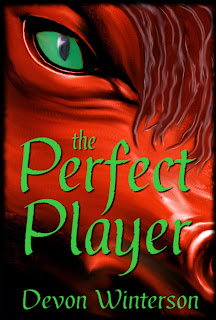 Purchasing information: The Perfect Player will be available on Amazon, in print and for the Kindle, on November 11, 2013.
.
Posted by Court Ellyn at 10:41 AM

This was my first venture into this Genre (also privileged with pre-release copy), thought I would hate it, but as you say, at times found it difficult to switch the Kindle off!

First venture, eh? Nice! I'm interested to see what other reviewers have to say about it, too. Thanks for stopping by!