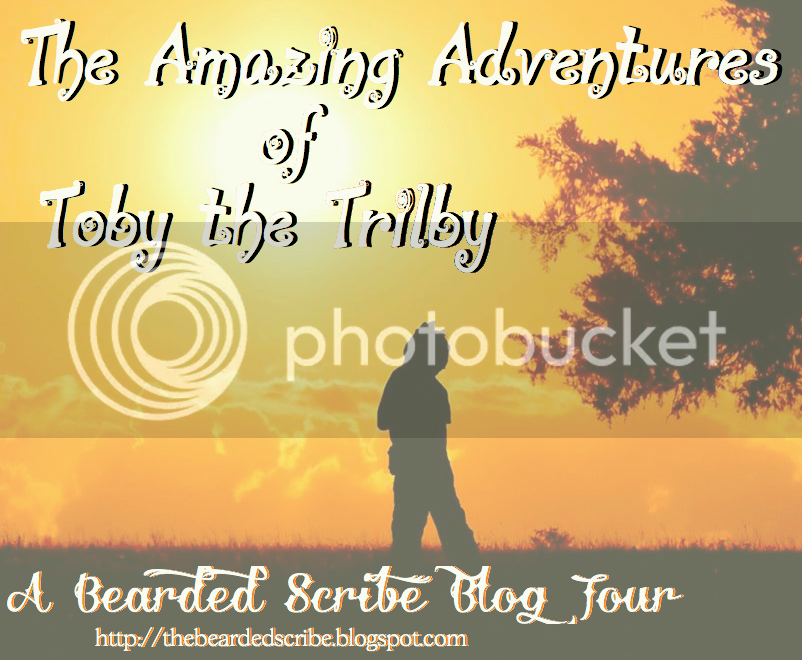 Premise:
For his entire twelve years, Toby has lived in a shelter underground with his six scientist creators who accidentally gave him cat ears and a tail. Join Toby on an exciting quest of courage and hope while he searches for answers. Was there a Great Disaster? Did anyone survive? And the most important question of all: Does he have a soul?

Excerpt:
A compulsion to know this man’s story caused Toby to step forward. He didn’t wish to startle the man, so he said nothing.
The man turned his head and his eyes, white and blue in his tanned face, brightened at the sight of him.
“Why, hello there, little fella!” His voice was warm and friendly without a trace of the shock most people expressed when they first met Toby.
When he drew closer, he could see the man was wedged in a hole in the rock. The rock had been eroded by the wind and rain to form a natural seat, large enough for the man and one other person to sit in comfort. The rock rose before him at the perfect height for an arm rest and between his hands a disc-shaped stone protruded.
It looked like an automobile, Toby realized. These shapes were molded into the rock centuries
before the concept of a vehicle was considered by man. “How long have you been here?” was the question he chose out of the dozens buzzing though his mind.
“Oh, the cat has a tongue?” the man roared with laughter at his own joke.
“Yes, I do,” said Toby. He was getting used to jests of this sort made at his expense. “I want to
know how you found this place and why you stay here, if you don’t mind me asking.”
The man’s smile grew so wide Toby worried it might meet around the back, like Alice’s Humpty Dumpty. “Don’t mind at all, don’t mind at all. For many years I was a trader. My pack’s over there.”
He indicated a large pack leaning against a tree close by. Pots, pans and other odds and ends hung from the sides. Wandering vines entwined themselves through the pack and its contents. Close to the tree leaned a small shelter of tree branches, a fire with live embers glowing beside.
“Yup, yup, my camp,” the man’s words seeped through his ludicrous smile. “But soon it won’t have to be.”
“Oh really?”
“Sure! I’ll be on the open road! The way might get bumpy, but I know my tires will hold.”
“Tires?” Toby scanned the area, but could not see any kind of vehicle.
“Yup, yup,” the man said again, and patted the shelf of rock in front of him. Toby leaned closer, noting the man’s peeling skin and redness from constant exposure to the sun. “It won’t be long now… until my car is evolved.”
“You mean…” Toby could not believe his ears. “You think this rock will change into a car?”
“Why not?” The smile never faded. “I got my seats. I got my dashboard! I even has my steerer wheel! He patted the round stone for emphasis. “Not like those metal toasters we used to drive, ain’t it? Got everyone nasty cooked up, didn’t they? Nope, here we have what saved good ol’ Horace’s life in the first place. Plain ol’ safe rock. It’s the only way to travel!”
Sheer desperation and fear settled behind the cheerful face. This man had displaced his hope; and somewhere along the road lost his mind.
Have I lost my mind as well? After all, Toby followed a dangerous road, his guide was a mysterious voice only heard by him. He walked away a few steps and sat with his head in his hands.    All the people he met depended on hopes, some obvious to anyone and some tangible only to themselves. Certainty bubbled up inside of him. I must continue, if only to prove to myself there is nothing to find. But first he would reach out to this poor soul and try to help. He went back over to the man, who was singing again.
Toby had to shout over the man’s rollicking tune. “Sir, why don’t you come with me?” he tried. “I know of a place nearby where good people live. They would give you food and a comfortable bed.”
The large mouth closed. The man’s face darkened in confusion. “Why would I go, with a miraculous set to happen at any time? This car won’t just up and make itself! I have to believe! Believe with the rock! The rock will become a car!”
Toby reached into his pack for one of Valerie’s precious loaves. “Here is some food, at least.”
“Thank you, kindly,” said the man between mouthfuls. He gulped water from a canteen beside him. Then his eyes lit up. “Say, little feller, why don’t you sit here?” he patted the rock next to him. “With two of us believin’, this car could get made up a whole lot quicker!”
Toby backed away. “No thank you, Mr. Horace, I have my own journey to finish and I think I have a better chance on foot. Take care of yourself.”
“Don’t you worry about me, little feller. Someday we’ll meet again, and I’ll give you a ride!”
Toby shook his head and walked away. The man’s song resumed as Toby followed the beckoning sun across the plateau.

About the Author: Angela Castillo is a Work-at-Home-Mom with three small children, Judah, Levi, and Celise. She was raised in and currently lives in the small town of Bastrop, Texas. She studied Practical Theology and Music at Christ for the Nations in Dallas. She has had many small works published in periodicals and one self-published volume of short stories and poems. She and her sister, Cherie Haines, own several online stores featuring Cherie's photographs and Angela's prose. In addition to writing, Angela enjoys singing, designing greeting cards, and walking through her town.


The Giveaway!
a Rafflecopter giveaway