A year is a long time to let a blog sit idle and languish in a state of neglect. The smallest, simplest tasks, those like blogging, lose all draw and seem like impossible millstones to carry around when depression enters the picture.

Last year, as we all know, was terrible. Pile lingering issues on top of pandemic woes and you get a recipe for major breakdowns. It happened to me. Took me out completely. To the point that I finally realized I couldn't "fix" it on my own. I got help. And that brings me to the first exciting development.

Dopamine blockers are amazing! Everyone needs this stuff. My counselor advised meds thirty minutes into our first session together. So my doc put me on Lexapro. This time last year I never would've admitted that in a public space. But I have zero shame about it. In fact, I'm proud of myself for taking the step. It was more necessary than I realized.

Both the counselor and doctor said I wouldn't really notice the pill taking effect for a couple of weeks.

Seriously? Greeeeeeat, I thought. Two weeks of hell while this builds in my system, and I can't even drink liquor to dampen the horribleness.

BUT! Thank God, that's not what happened. I took my first dose right before bed -- and woke up in the night feeling like I was floating. The effects were immediate! My poor brain, scored raw by torturous thought processes, felt as if it was swaddled in a cozy silk cocoon. Goodbye depression, goodbye anxiety.

So, it's three months later, and I feel recovered a enough to give a damn about blogging. Hurray!

To spread out the positive and keep things brief, I'll shout out about the other exciting new developments in later posts. 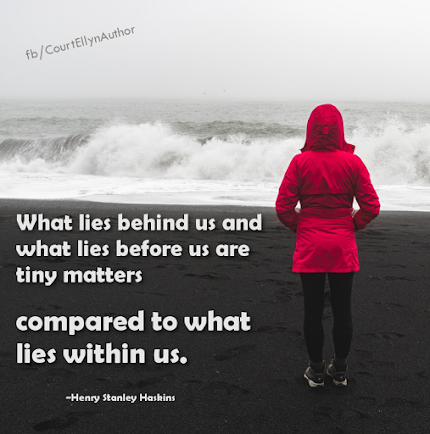